Kids do the darndest things. A mom in the U.K. says she was in hysterics after she found what she initially thought was a tooth under her nine-year-old daughter’s pillow, but then realized it was a white Tic Tac mint that had been broken in half, and had the jagged end colored red. She found the fake tooth while making her daughter’s bed, and added that she and her husband explained to their daughter that the tooth fairy is too clever to be tricked, and left her a chocolate coin under her pillow instead of money. The story was shared on Facebook and has since gone viral. 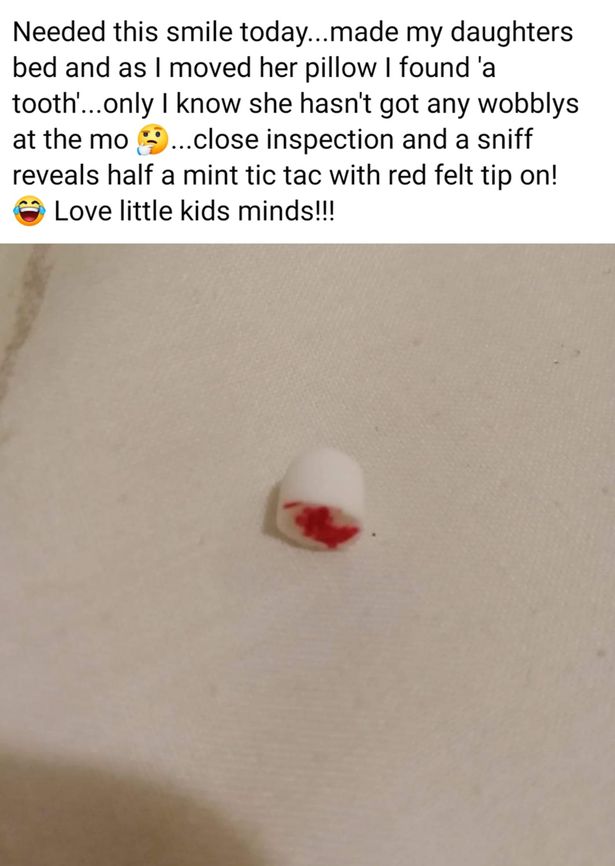 Stephen: Study suggests swearing a sign of intelligence and creativity

Stephen: Study suggests swearing a sign of intelligence and creativity

Stephen: 2 new cases in Eastern Health, one under investigation