A 13-foot crocodile was finally freed from a motorcycle tire that had been stuck around its neck for six years, thanks to a local resident in Indonesia who first spotted it in 2016 with the same tire. The 34-year-old man, named Tili, started trying to capture the croc three weeks ago so he’d be able to help free him from the tire safely. He was successful, with a video showing Tili and a group of other area residents restraining the croc while cutting the tire from around its neck. 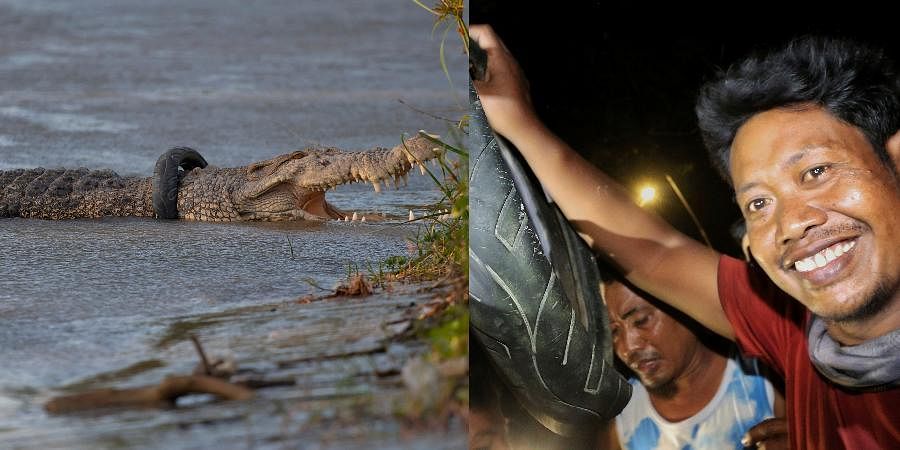