You have to give them points for creativity. A pair of 14-year-old step brothers weren’t happy when their parents told them they had to stop using their phones at 9 p.m. each night. So Fabien Birch and Ben Stewart tried to trick them by handing over their phone cases stuffed with paper and topped with photos of iPhone screens taped on top. The plan worked for a few hours, but the parents eventually noticed a piece of tape sticking out of one of the cases. Their mom, Rebecca, from Dorset, England, says, “They were like partners in crime trying to pull the wool over our eyes. There’s never a dull moment in our house. When we realized, I just thought ‘Oh my God’ and I couldn’t be mad. I thought it was genius and brilliant.” The couple says they’ve now resorted to “nighttime patrol” where they make sure all phones, games and TVs are turned off before the kids go to bed. 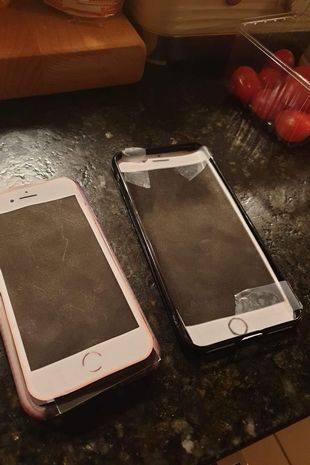 Hugh: 18% of People Say They’ve Already Bought Halloween Candy This Year. Have You?