A family in Scotland is embroiled in a battle over their daughter’s tombstone. 13-year-old Kayla Carle of Aberdeen passed away this past February after complications from Cystic Fibrosis and, as the NY Post reports, she was a fighter, defying doctor’s expectations by waking up from a coma. To capture her fighter’s spirit, her family selected a picture of Kayla giving the middle finger for her tombstone at Hazlehead Cemetery. The City Council of Aberdeen called Kayla’s mother, Rachael, to tell her someone thought the picture was offensive. The city council offered to replace the photo for free. 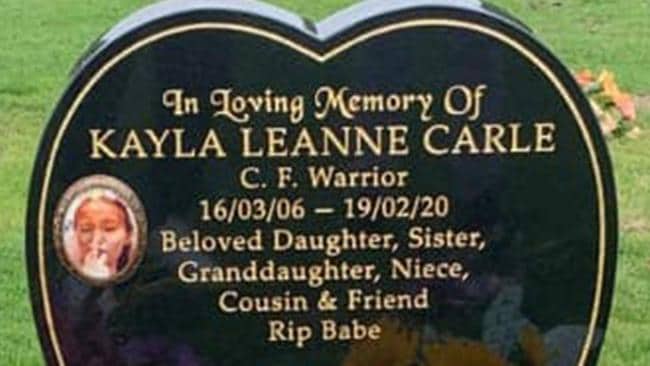 Rachael wasn’t hearing it. Kayla’s mother said, “The picture represents the type of character she was. It was who she was. It was one of her favorite pictures. She liked her pranks, she liked to mess around, and she spoke her mind.” She continued, “I have no sympathy for the person that was offended. They don’t have to look at it. I lost my 13-year-old daughter. I picked that picture for a reason; it represents her. If you don’t like it, don’t look at it.”

Hugh: Working From Home Has People Working While On The Toilet and In The Tub