Hugh: More People Pick October as Their Favourite Month Than Any Other Month

There’s something about that fall air, isn’t there? In a poll conducted by YouGov that asked people their favourite and least-favourite months, fifteen percent of people chose October as their favourite month – more than any other month. Both May and December were next, each claiming twelve percent of the vote. Close behind were June and July, which both received eleven percent. One thing is certain, though. Those cold winter months at the start of the year are the worst. 26% of respondents say January is the worst month, and another 21 percent said February. Check out the full results of the survey below. 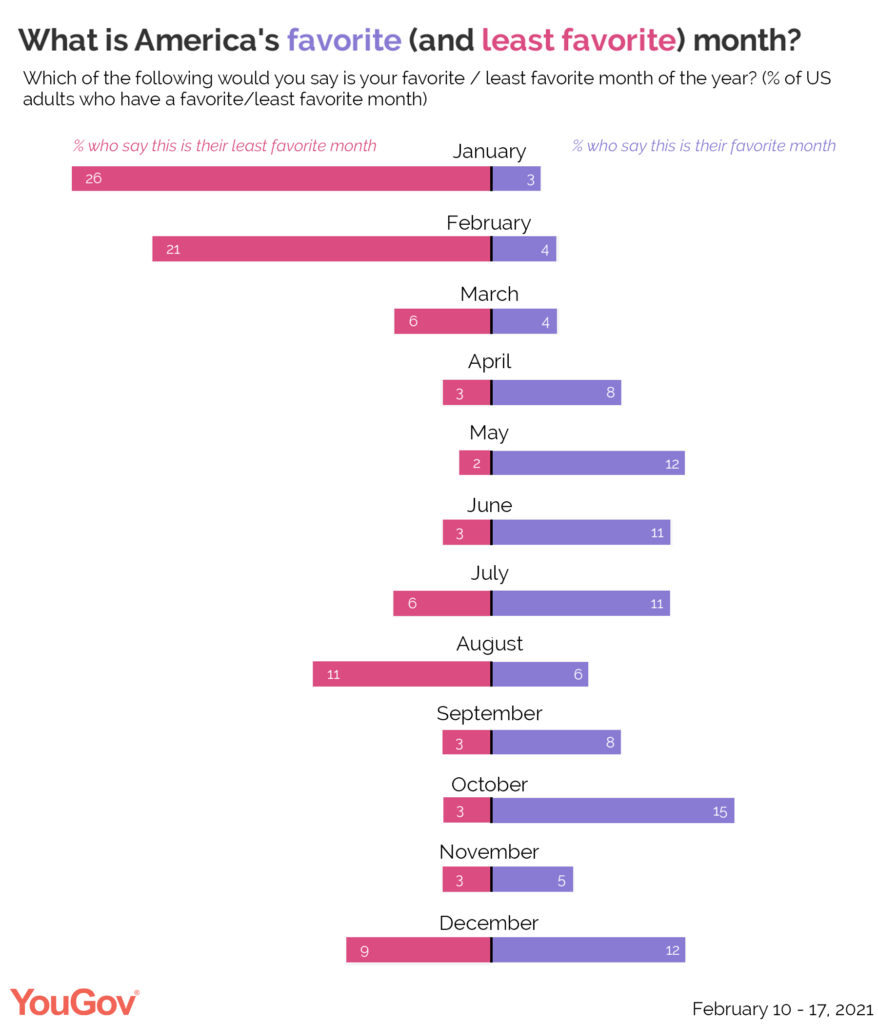 Hugh: The Three Most Universally-Enjoyed Gifts for the Person Who Has Everything