Disney intends to remake the classic ’90s Christmas movie Home Alone for its upcoming Disney+ streaming service, company head Bob Iger told investors Tuesday. According to Entertainment Tonight, Iger described the reboot as a reimagining “for a new generation.” The original Home Alone was released in 1990 and was one of the highest-grossing live action comedy films of all times, spawning multiple sequels. There’s still no word on whether Macauley Culkin will be involved in the remake.

Macaulay Culkin had an epic response on Wednesday to the news that the Disney+ streaming service is rebooting Home Alone. Entertainment Tonight reports that the 38-year-old actor shared a hilarious photo of himself on social media, in which he’s sitting on the couch with a laptop. In the pic, he can also be seen rocking a headband and short white tank top, surrounded by video games, various cords and take-out meals. “This is what an updated Home Alone would actually look like,” he captioned the shot. Culkin starred as Kevin McCallister in the original Home Alone and its sequel. On Tuesday, Disney head Bob Iger confirmed that the reboot of the classic film will be a reimagined version for “a new generation.” 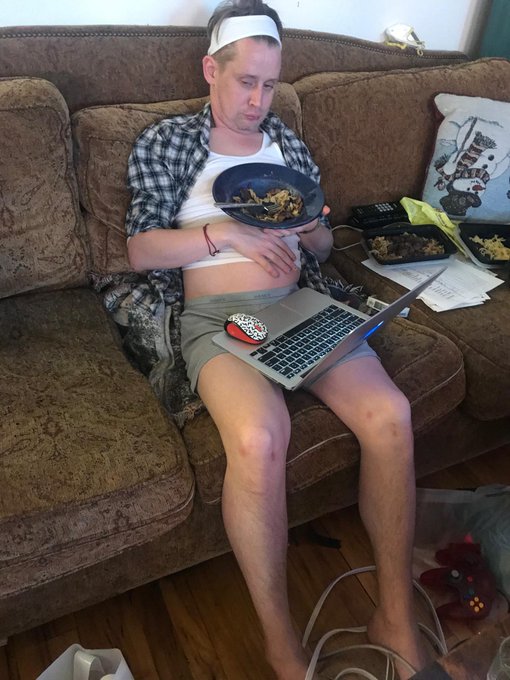 Hugh: What Are the 10 Best Gangster Movies of All Time?